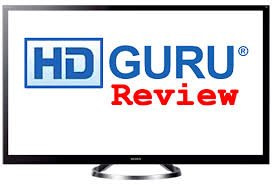 The Next Level Acoustics UM1-A adapter bracket attaches to the company’s existing UM1 bracket allowing for direct Height, Forward/Depth, and Tilt adjustment to the Sonos ARC. This, the company said, ensures that the soundbar’s Atmos drivers remain unobstructed.

The bracket is made of durable high-grade 11-gauge steel and attaches to the Sonos ARC using 18mm M5 bolts and applicable washers for stable mounting.

The popular Sonos ARC soundbar (available now for a $799 suggested retail price in a choice of black and white colors) features 11-built-in speakers, including two up-firing height channels, two precision-angled side-mounted tweeters and 8 custom elliptical woofers. It is optimized for Dolby-Atmos support and a wide sound stage. Dialog from movies and TV programs is kept clear and direct via a dedicated center channel.

The soundbar communicates and links with other Sonos players in the home via Wi-Fi for multi-room music streaming or via a dedicated SonosNet wireless network. Other features include support for Audio Return Channel (ARC) and the new enhanced Audio Return Channel (eARC) – the later supporting pass-through of Dolby Atoms and lossless surround formats (if or when available).

The UM1-A and UM-1 support 300mm – 600mm VESA patterns, allowing the Sonos ARC to mount to the bottom of the display while using the forward/depth adjustment to provide clearance for Dolby Atmos drivers and far-field microphones in the soundbar.

The South Windsor, CT-based company recommends mounting the Sonos ARC so that the top grille of the soundbar clears the front edge of the display.

The company said that normally when tilting a mounted display any directly mounted soundbar would also tilt at that same angle, but because the UM1 has tilt adjustment, even though the display is tilted downwards the UM-1 allows the installer to level the Sonos ARC so that the Atmos drivers fire up at a 20-degree angle from a level plane

Next Level products, which are not affiliated with Sonos, are distributed via CEDIA-channel custom installers and authorized AV specialty dealers in the United States and Canada.